Joe Vitale – Once homeless, now an inspiration, listen to Mona

“In extraordinarily unfortunate circumstances, she moved from being one of the few young Ghanaian self-made millionaires (by net worth and/or assets) in the United States of America (USA) to becoming HOMELESS; before turning her life around and picking up the pieces of her fragile and shattered life! The gut-wrenching circumstances of Mona Lisa (ML) Brookshire, (our heroine for today’s featured newspaper article) forced her and her two young children to reside in a Homeless Shelter, sleep on the floor with a blanket; and survive on food stamps/welfare, (the only option that was available to her as a homeless person in Atlanta, Georgia) during that inopportune time of her life. This is simply one of the most remarkable Inspirational Stories that has ever been told about a Ghanaian-American young lady in our city of Accra. Stay with me, as I begin to narrate and delineate the story of 37-year old Mona Lisa (ML) Brookshire, MBA née Blay-Miezah (who holds a Master of Business Administration (MBA) degree from Clark Atlanta University and a BA Hons. from Spelman College). 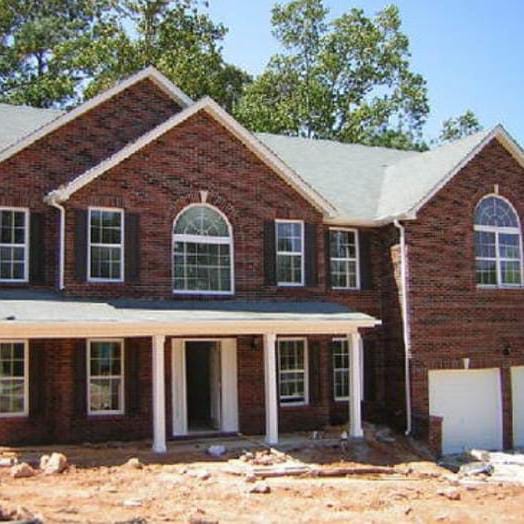 https://m.facebook.com/story.php?story_fbid=10156047814340342&id=563185341 Before I begin, I would like to state for the record that, despite all the difficulties that this formidable young lady faced, she did not ever give up! She bounced back within two years in 2008 and is doing exceptionally well both back home in her native Ghana; and also in her new home of America as a proudly productive and successful Ghanaian-American. Speaking to Weekend Finder in 2015, ML Brookshire stated that in her career path of over 14 years in the US, she worked with 5 Fortune 500 Companies. The companies were namely Bank of America, UPS, AT&T, Delphi Corporation and General Electric among others, where at GE, she earned her first Six-Figure income of over $100,000 a year in salary and bonus by the time she turned 28 working as a GE Six Sigma Black Belt Marketing Manager! She successfully transitioned well into American life when she arrived from Ghana to attend college on a Full U.S. scholarship. She garnered an Asset Portfolio of Real Estate Investments (5 houses) over a million dollars in her 9th year of being in America right after her MBA.

However, she lost $1.2 million in assets through bankruptcy when she resigned from her big 6-figure General Electric (GE) job in 2006 to start her own business. She also unfortunately broke down mentally due to stress; and was sadly diagnosed as “Bipolar 1” in her 30th year with an ailment of 20% depression and 80% mania when not on rightful medication….. The two companies that ML set up after resigning her GE Job, an Entertainment and Event Planning Company named Kulture Shock Productions (KSP) and a HR Consultancy Firm named after her kids: SkyeRaine Xchange in Atlanta BOTH failed terribly; drowning her in debt. On June 6, 2006 (06/06/06), ML Brookshire’s $650,000 6-bedroom 4.5 bath Mansion on half an acre of land in Douglasville, Georgia went into foreclosure when she missed only two monthly mortgage payments.

Her personal and treasured home belongings were thrown onto her lawn and she was forced in her embarrassment to sleep in her Wine Mercedez-Benz (ML Series) 320 SUV with her two young children aged 6 and 3 at the time; (and she remembers the irony and intrigue behind her famously popular license plate of her ML 320 SUV: “ML 4 ML!”) ML had been paying monthly on “her” ML for a few years, but less than a month later, her Mercedez-Benz vehicle too was also repossessed for non-payment of only two $650 monthly payments leaving her, Skye and Raine (her 2 kids) with no other option than to move into a Homeless Shelter in Atlanta on July 4, 2006 – US Independence Day; because everyone had stopped picking up her calls in Georgia…. In August 2006, Skye said: “Mummy, let’s call Grandma in Africa because she can solve ALL problems!” It was at that moment that ML borrowed $5 for a CTA Africa Calling Card from a Security Guard and called her sweet mother in Ghana from that Homeless Shelter payphone. She immediately begged her mother to come for her children to enable her bide some time to search for another job. She located her ex-husband of nine years and stayed with him for a few days before her dearly beloved mother arrived from Africa for their kids. Without much ado, ML Brookshire, MBA went on a one-way trip to The Big Apple!!! She moved immediately into a New York shelter in Queens with only 15 dollars in her pocket from the JFK Airport! With the children safe in her motherland, she chose to move to one of the most fast-paced cities in America to find her next job.

She told Weekend Finder that she did “a killer job search by waking up at 4am for prayers and going to the library from 8am to 5pm “as if” she had a job.” She could not afford a mobile phone so she put the pay phone number at the NY Shelter on her resume as her contact number. She read 49 books in 2 weeks on Inspiration & Motivation; as well as the Self-Help Book Industry as a whole by Joe Vitale etc. https://m.facebook.com/story.php?story_fbid=10155256947736507&substory_index=0&id=647866506 Other authors and Motivational Speakers like Jack Canfield, Tony Robbins, Les Brown, Bob Proctor, Robert Kiyosaki, Napolean Hill et al also greatly inspired her. She read even more books on how to write the perfect resume; and find the best job as a Brand Marketer with a Masters Degree. She explained that one day in the later stages of 2008; the pay phone listed on her resume rang with Wall Street calling her for an interview, but she was in the library. So her American friends informed her excitedly and ML stayed home in the Shelter for the call the next day…. “After only 3 interviews, I was hired with a new job with nothing to my name, but just food stamps, cash assistance, medicaid and passion in my belly! “What a Welfare Story!” “I was offered a Top Brand Job at Wolters Kluwer; a Bear Stearns Contractor for even more money than what GE had paid me to be a Top Marketing Consultant for their New York office!”, she stated to us.

Present: 2015 She is known professionally for her intellectual achievements and professional accolades in Marketing Management, Social Media Utilization and Brand Development. ML has indeed, come a long way since her days of homelessness; and she continues to work as a Consummate Brand Marketing Maven, Impending Talk Show Hostess, TEDx Public Speaker, Motivational Spokeswoman/Conference Facilitator, Mental Health Advocate as well as a Media & Advertising Consultant. Bio: www.ted.com/profiles/9328681 She oftentimes works with troubled multi-national telecommunication firms in Europe and Sub-Saharan Africa utilizing her Consultancy experience et al … Conclusively, with a ‘play’ on both her children’s names, she believes emphatically that [the ‘Sky(e)’ is the Limit and she will not allow anyone to ever ‘Rain(e)’ on her Parade!] Hope you enjoyed reading Snippets, Highlights and Varying Parts of The ML4Lyfe Cover “Print” Story. The End.”